4 Mistakes to Avoid When You Have to Deliver Bad News

There will always be tough things that need to be shared with your staff. If you stay away from these common communication errors, even bad news will be easier to accept. 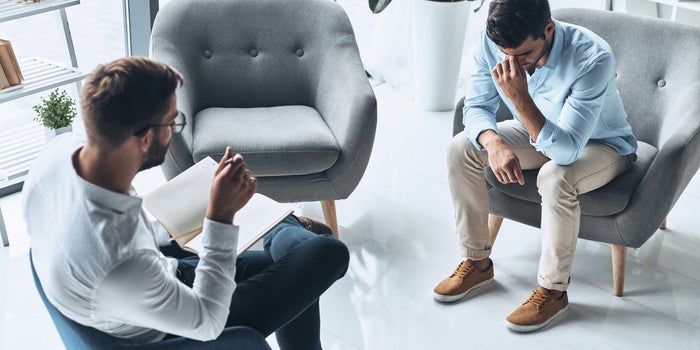 One of the most important jobs of leaders is to tell people what’s going on, even when the news is bad. Leaders must be able to address everything from an individual performance issue to the denial of budget for new personnel or other resources, the loss of a client or project, even an existential threat to the business, such as a tariff or regulatory change.

The first time as a young manager that I fired someone, she had to ask me to be sure, “Are you firing me?” Since then, I’ve learned a lot about how to deliver bad news, and why any attempt to minimize the leader’s own discomfort usually leads to more confusion or damage than necessary. Here are four common mistakes that leaders may make if they haven’t had appropriate training or if they haven’t developed the confidence to lay out the situation clearly.  Read More

Why You Don’t Actually Need Money to Make Money

“It takes money to make money.”

While I have incredible, hard-working, get-er-done parents, a trust fund or “gift to get me started” was impossible for us. I didn’t have any savings, and I didn’t have investors. I mean, you would have been out of your right mind to invest in my debt-laden company.

Over ten years in business, working harder and harder, I went deeper and deeper into debt. I funded my marketing, business development and operations on plastic and overdraft protection.

She was a colicky baby (meaning the cute little thing was a devil child who cried all the time). But, I discovered if I swaddled her tightly, put her in the pack-and-play and pushed it against the refrigerator, then the vibration would put her to sleep.

So, she’s finally sleeping and I start going through my mail. I find a letter from my bank saying they aren’t going to cover my overdraft any longer. The bank had been sold and from that point forward, whenever there wasn’t a deposit to cover a check I had written, it was going to bounce. Even if that meant payroll.

As my daughter slept peacefully, I started to cry.  Read More

The company has agreed to buy coffee chain Costa Coffee from UK drinks and hotels group Whitbread for £3.9 billion ($5.1 billion).

Costa has nearly 4,000 stores across 32 countries. It will give Coca-Cola (KO) “a strong coffee platform across parts of Europe, Asia Pacific, the Middle East and Africa, with the opportunity for additional expansion,” Coca-Cola said in a statement.

Whitbread, which acquired Costa in 1995, said it will use proceeds from the sale of the coffee business to expand its other big brand, Premier Inn hotels.

The deal still needs to get approval from shareholders and regulators, and is expected to be completed in the first half of 2019, the companies said.

Senator to FTC: You guys really should look at Google one more time

A Utah senator has written a formal letter to the Federal Trade Commission asking it to “reconsider the competitive effects of Google’s conduct in search and digital advertising.”

In a two-page document released Thursday, Sen. Orrin Hatch (R-Utah) noted that, when the agency closed its previous investigation into the search giant in 2010, the FTC partly based its decision on the expectation that Apple would become a “strong mobile advertising network.” This did not pan out.

As Ars noted a year ago, Google is under renewed pressure from both the conservative and liberal ends of the political spectrum.

Not only did the FTC examine Google in 2010, it also did so in 2012. That’s when the commission’s competition unit urged a lawsuit that was ultimately overruled by the FTC’s commissioners, who voted unanimously not to pursue charges against Google.

Google did not immediately respond to Ars’ request for comment.

In particular, on Wednesday, Trump tweeted a video that claimed, incorrectly, that Google did not feature his first speech to Congress as president.  Read More

Amid the Apple-heavy crush of news today, what with the leaks and headlines about what the newest iPhones and Apple Watch models will look like, among other things, the Fox Business Network caught up with legendary investor Warren Buffett who had a warning for the iPhone maker.

Buffett, a well-known Apple bull whose fans in the financial press refer to him as the Oracle of Omaha, specifically brought up the speculation that won’t go away about the possibility of Apple scooping up Tesla. Seemingly, the thinking has always gone, such a deal would be a simple way to supercharge Apple’s own ambitions in the auto space. Except, well, no it wouldn’t, Buffett warns.

“In an interview with Fox Business Network on Thursday,” as reported by Business Insider, “Buffett said buying Tesla ‘would be a very poor idea’ for Apple. He said that building a long-term competitive advantage in the auto industry is much more difficult than in the tech industry, where companies can use speed, scale, and network effects to maintain an edge over competitors.

“‘You can win in autos one year and you lose the next,’ Buffett said.”

Welp. Apple’s own efforts toward entering the car industry, meanwhile, certainly keep see-sawing into and out of the news cycle. Like earlier this month, when we learned that Tesla senior VP of engineering Doug Field defected to Apple. Then there was this report from The Information about Waymo but which also quoted one source as saying Apple has recently set up a facility for testing prototype cars near Surprise, Ariz., which is west of Phoenix.

Then in recent days the blog Appleinsider posted what it said were Apple patents that seam to show sunroof and car seat designs.

We’ll see if anything concrete ever emerges from Apple in this area. (Of course, we’ve all been waiting and saying that for a while now.) Still, Buffett’s warning is not only well-taken, but in another interview today he included some light criticism of Tesla’s chief executive directly.  Read More